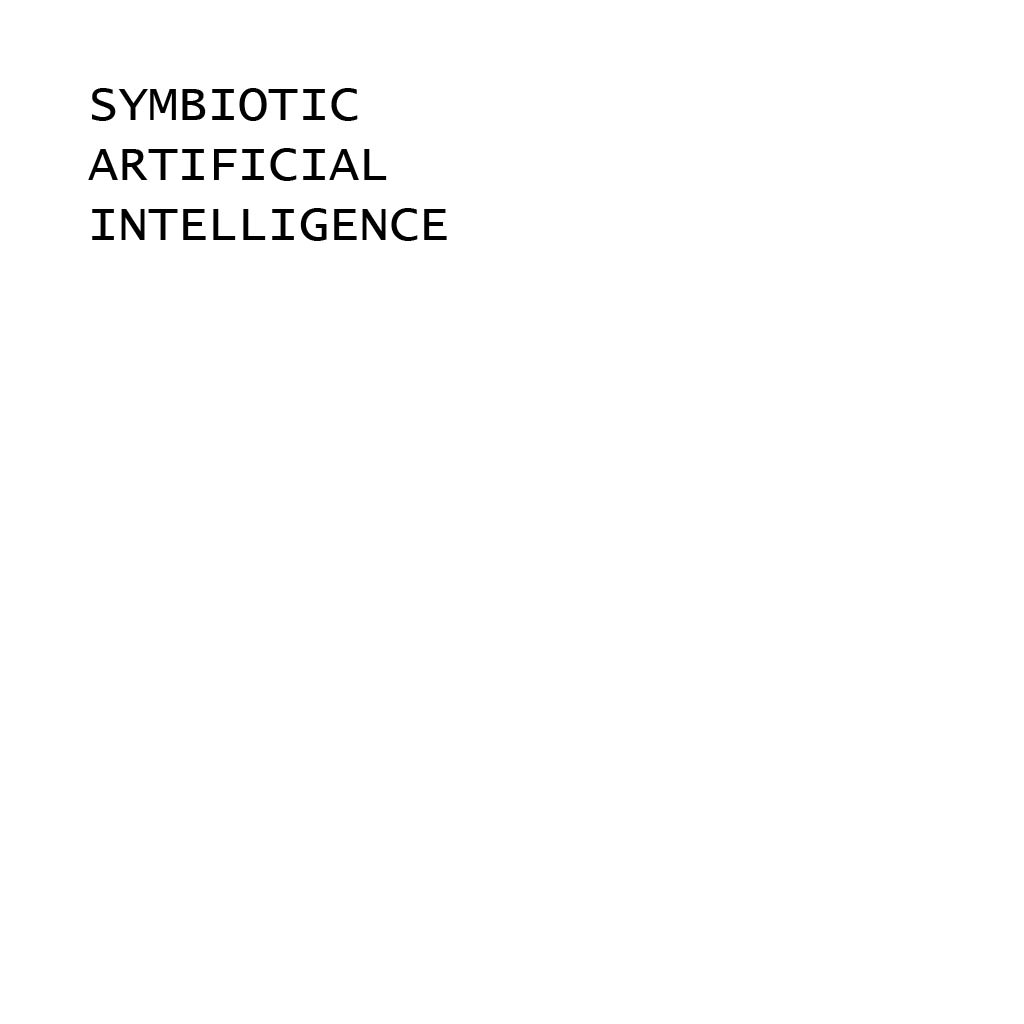 An evolving catalog of what I’ve learned in the fields of artificial intelligence and human-computer interaction.

We are witness to the convergence of multiple scientific trends that will enable us humans to take control of our bodies like never before: CRISPR allows us humans to modify our own DNA, the internet augments the human memory to the entire sum of human memory, AI will allow humans to process inordinate amounts of information thus increasing the scope of our intuition, and AR will increase the information bandwidth of our senses.

It’s a matter of when we humans will gain full control over evolution: we will soon be able to control our genetics and augment the brain that allowed us to become the dominant creatures on Earth.

Symbiotic Artificial Intelligence is a term that encompasses a broad set of fields in computing. It expresses the principle that humans and machines can learn from each other in a way that improves the way humans live and work in the real world. Symbiotic AI is a fundamentally optimistic view of the future of human-computer interaction. Symbiotic AI also takes on synonymous terms like “human-machine symbiosis” and (less commonly) “human-machine co-evolution”. For our purposes, the word “machine” can be used interchangeably with “computer.”

Symbiotic AI can take many forms:

In this document, I will investigate non-invasive forms of human augmentation as opposed to those integrations that require implants, insertions into, or piercings of the body. Such integrated devices are able to take more accurate measure of our physiology and can also communicate more efficiently with organs like our sub-epidermal skin and brain. However, these implanted devices are unlikely to be adopted in the near future due to fears over personal injury and the idea of ‘having a computer inside your body.’

The focus of this document will be on non-invasive wearable technologies like head-worn displays and wrist-worn displays (i.e. smartwatches). This category of devices offer many benefits (explored in depth later) including the option of “turning off” the system and removing wearable augmentations with ease. Wearable computers are also much more socially acceptable than implanted devices for the time being.

Closing the loop between intention and action

The first, and perhaps most important, principle of Symbiotic AI is of reducing the time (and effort) between intention and action. Once the time between intent and action reduces below two seconds, we are able to start forming habits.

Reducing this delta is the premise behind a multi-billion dollar online shopping industry: Amazon’s patented 1-Click [Hartman et al. 1999] system eliminates the time needed to check out through a shopping cart. Amazon’s Dash Buttons further reduces this delta by removing a screen from the purchasing interaction: a single tap of a tangible button is all that’s needed to order common consumables. Once a habit is formed, it’s ingrained, it’s useful, and it’s profitable (for those of that persuasion).

The distance between action and intent: It’s a key concept for the melding of men and machines, humans and AI. Reduce the overhead of a communication bridge or the time to act on a thought. Then habits are formed and we get closer to achieving our goals and our machines get closer to us.

Bridging the biological and the digital

[Maes 1997] observes that we’ve experienced a revolution in computing in the past 30 years: our bodies have been augmented in a significant and permanent way; the two “halves” of our brains are no longer the “left” or “right” but instead the biological we are given and the digital we use to voluntarily augment our memory and communication. Maes provides a compelling way to think about

The interface between our biological and digital worlds is currently mediated by smartphones and laptops. These interfaces are marked by three fundamental problems:

Different apps on phones are designed to distract you as much as possible, making you as inefficient and ineffective in accomplishing goals leading to increased “multitasking” which contributes to shorter attention spans and worse memory recall [Stanford University 2018].

[Maes 1997] argued that we will become one with the computer, but we must redesign the experience of how we interact with their digital devices. In this direction, Maes argues for a new approach built upon three pillars:

In this direction, a symbiotic relationship between users and machines will help with self-actualization itself. It will aid us in growing and developing into the people we want to become: We all want to change and grow in different ways; we will rely on symbiotic forms of personal devices more and more to help us change with time.

We will discuss each of these categories in the following chapters. ##

Augmented reality refers to any augmentation of our natural senses1. Augmented reality encompases traditional experiences like those provided in smartphones today[^footnote-2]. It also includes experiences delivered in fully-immersive Virtual Reality experiences. We can represent AR on a spectrum from the real world to that of the virtual:

On this particular spectrum exist two primary stages of manipulation:

A second, more useful spectrum exists on the scale of VR to AR. “True AR” encompasses a system “[fused coherently] with the user’s real environment.” In traditional formulations of AR, AR forms a proper superset of VR where in VR “we just need to block the user’s experience of the real world.” [Sandor et al. 2015] Thus, as VR substitutes the entire visual experience, it demands a higher-level of realism than AR. [Sandor et al. 2015] segment their approaches to AR into four categories ranging from “manipulating atoms” to “manipulating perception”:

There is quite a bit of marketing language from head-worn display manufacturers that occludes a simple understanding of this subject.

Simple enough to grasp, this is the real world in which we all reside and perceive.

This form of augmentation encompasses a broader scope of marketing terms including divided into two broad categories:

This form of AR involves placing virtual computer artifacts into the real world by either: 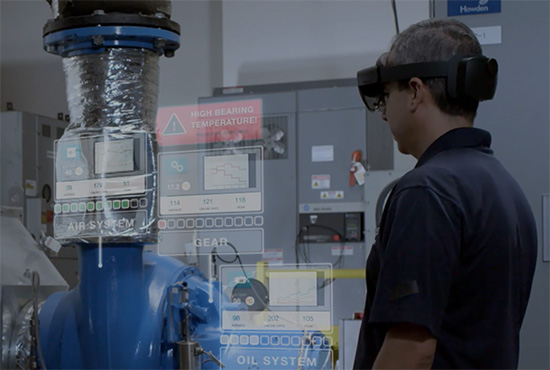 Depending on the use case, static graphics may be more applicable. This form involves displaying static information generated by a computer that does not include an image of the real environment.

### Virtual reality (VR) involves complete immersion in a virtual environment with little or none of the real environment available to the user.

This spectrum exists on a different axis from the Reality-Virtuality Spectrum and discusses the theoretical mechanisms with which reality can be manipulated. 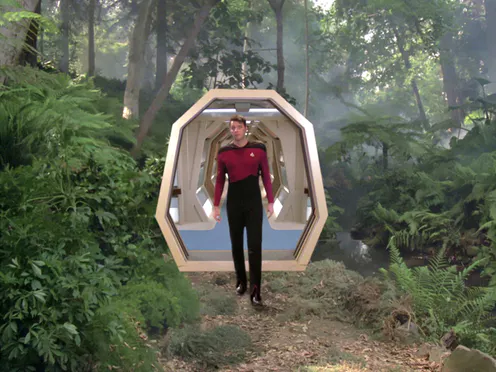 Think The HoloDeck from Star Trek: matter is created and destroyed, or at the minimum photons are controlled by ‘force fields’ giving the impression of physical objects and interactions.

Another, more tangible[^footnote-4], example is the inFORM project from MIT Media Lab: 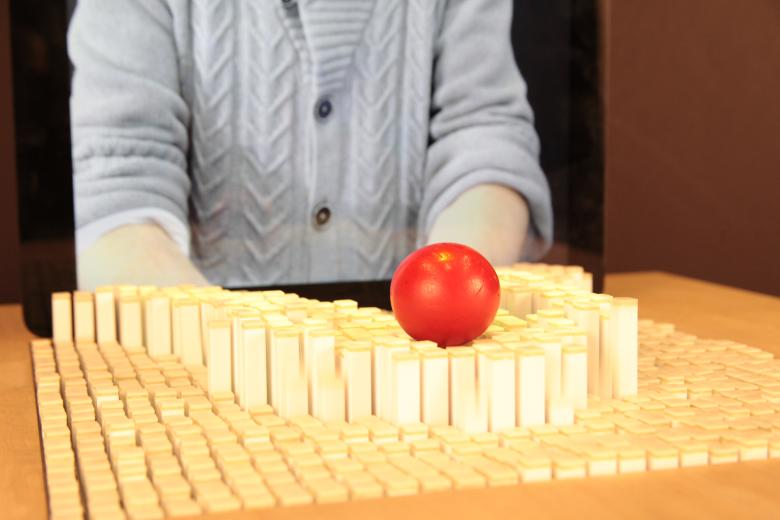 [Sandor et al. 2015] notes Sutherland’s suggestion that physically creating and destroying atoms forms an ideal for True AR because it would “create physical objects consistent over all interaction modalities and all users.”

The next level closer to the user is by “manipulating [the] photons” that reach them. Surround AR lacks the physical interactivity enabled by Controlled Matter but can create an augmented reality indistinguishable from physical reality.

Think of an empty room panelled with high-fidelity displays. As the user walks around, her entire perception of the room changes. You can simulate what it’s like to stand in Wrigley Field: as your head moves around the room, the environment tracks you, and updates the environment accordingly to provide the illusion of movement.

However, if you were at Wrigley Field, you couldn’t sit down at the bleeachers and enjoy a hot dog. Matter itself isn’t manipulated, only light.

HWDs like Google Glass or Magic Leap provide us with this level of augmentation. Our visual field is augmented with new objects placed indistinguishably from the physical world. Each user augments their own visual perception. This doesn’t preclude shared experiences but requires some level high-speed networking.

The Case for Non-Visual AR

Many primary tasks in our lives (such as driving, studying, or playing with friends) require a significant amount of visual attention and engagement in the natural, physical, non-visually-augmented world. In these situations, it is safer to manipulate a different sense than the visual one.

We have many different senses in our body. In common parlance, we have five senses: taste, touch, smell, sight, and hearing. We also have an extended sensor system that plays less visible of a role in our lives: sensoriomotor/proprioception (bodily awareness), equilibrioception (balance), among others [Sensory Trust 2003]. Many of these senses can alternate between an active or *background *role depending on the situation.

Among these 8+ factors, we can see how many are engaged by each of the daily tasks below:

For example, when studying (and not taking notes), we do not use our sense of touch. We can create a system for augmenting our learning situation through the sense of touch using haptic interactions.

Another example, given that sight is the only major sense used during a walk in an art museum, we could provide an augmented reality experience through our auditory or touch systems. (You can imagine walking around a museum as a wearable system, like AirPods, automatically detects what you are looking at and can also use natural language queries to answer questions you have of the art work.)

We keep coming back to three main senses: touch, sight, and hearing. These form the basis for many of the interactions we have with the world around us. Integrating each of these three components into an augmented reality system has the most potential for creating an immersive and meaningful experience. By taking full advantage of the ‘sensor fusion’ in our minds that we can more effectively learn behaviors and actions, we can increase the comfort, productivity, and flow we feel in various daily tasks.

(with haptics), etc. [^footnote-2]: e.g. an ARKit iOS application for playing darts: https://www.youtube.com/watch?v=Dg9kcm_Li08 [^footnote-3]: information such as the location, time, people involved, retailers nearby, users nearby, etc. [^footnote-4]: because it was created by the Tangible Media Group :)